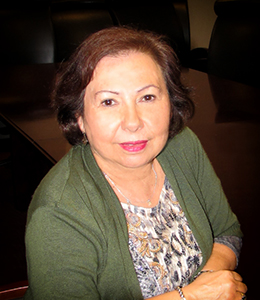 Elsa Baughman, a co-founder of the Mississippi Hispanic Association, is currently the secretary of MHA. She was born in Venezuela and has been living in the United States since 1976. She received a master’s degree in Mass Communication from the University of Southern Mississippi and a B.A. in journalism from the University of Zulia in Venezuela. Currently she works as Spanish editor of Mississippi Catholic, the newspaper of the Catholic Diocese of Jackson where she began working in 1996. She also is a freelance interpreter and translator for several national companies. She is married and has two daughters.